¿What is
Hyperbaric Oxygenation (HBO)?
Treatment with Hyperbaric Oxygen is a type of non-invasive therapy. The patient breathes 100% oxygen calmly while remaining in a pressurized chamber at a pressure two or three times higher than ambient atmospheric pressure. It is the only therapy indicated in certain cases and in many others, it helps in the treatment of diseases and difficult clinical or surgical problems, apart from producing a revitalizing effect in all tissues.
The crux of treatment with hyperbaric oxygen lies in the feasibility of blood plasma (which is the liquid where red blood cells float) to allow the dilution of oxygen, increasing the concentration of this element ten to fifteen times, which produces a Four times greater increase in oxygen diffusion from the functional capillaries to the cells. All this regardless of the level of oxygen carried by the hemoglobin of the red blood cells remains the same, which is what normally happens to us when we breathe 24 hours a day. 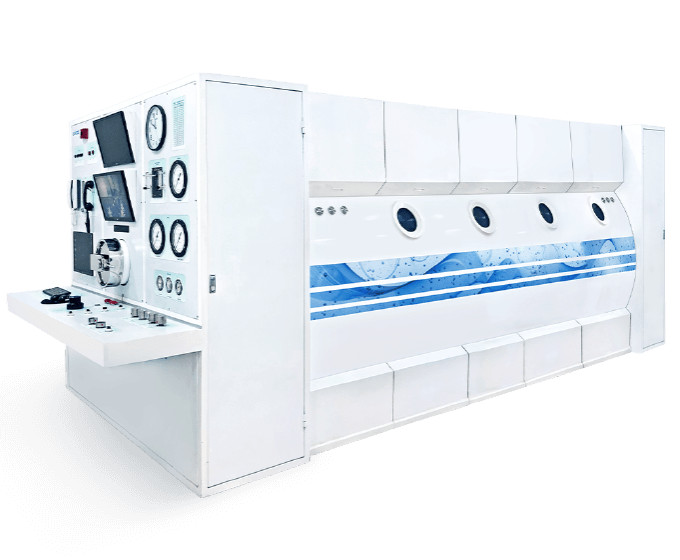 Indications for application "Type I" (Accepted)

Hyperbaric treatment data are from 1662 with the British Doctor Henshaw, long before the oxygen was identified as an individual element. This doctor guessed that the high increase of air pressure could ease some serious injuries and the low barometric pressure could improve chronic conditions.

European doctors such as Junod (1834), Pravaz (1837) put milestones in hyperbaric therapy. The "compressed air baths" spread throughout Europe and attracted patients from distant locations, including the United States.

In America the first hyperbaric chamber was manufactured in Canada, in 1860, a year later in New York, for treatment of nervous disorders. Corning (1881), Cuninghan (1921), Drager (1917) succeeded in hyperbaric therapy.

It was in 1937 that Behnke and Shaw used hyperbaric oxygen for decompression sickness.\nBetween 1950 and 1960 accelerated the study of oxygen in the fields of aviation and marine diving, especially by the NASA; when transcended these researches to the scientific community the therapeutic applications increased.

Since the founding of the Undersea and Hyperbaric Medical Society (UHMS) in 1967, were formed in many countries medical organizations dedicated to research and treatments with hyperbaric oxygen. Today, hyperbaric chambers are widespread around the world and this therapy has become a modern specialty. 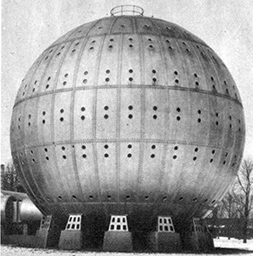 The cells far from the capillaries that suffer hypoxia (low oxygen contribution) are revitalized with hyperbaric oxygen, and can complete their functions again, multiply themselves and request more oxygen enabling the formation of new blood vessels (neovascularization), indirect hyperbaric oxygen effect revitalizing tissue, organs and patient.

The therapy with hyperbaric oxygen increases the levels of superoxidase dismutase (SOD), glutathione and catalase that are natural anti-oxidizing that protect us from free radicals, factors that injured our cells.

The hyper oxygenation supplies white blood cells the oxygen they need to defend the organism from bacteria. Likewise, it makes more effective the functioning of some antibiotics that require high levels of oxygen in the tissues. The oxygen itself is able to destroy some bacteria directly, especially anaerobic, in such a way that it acts in synergy with the individual''s immunologic system, in addition to its bactericidal action. The therapy with hyperbaric oxygen produces inhibition and inactivation of toxins in infections caused by Clostridium perfringens (gas gangrene), at the same time as it eliminates anaerobic bacteria. It helps phagocytosis and oxidative lysis of leukocytes. Power the activity of aminoglycosides. It has a post-antibiotic prolonged effect when it is combined with tobramycin to fight against Pseudomona aerogynose.

It produces vascular constriction, which avoids extravasation of liquids from capillaries, reducing edemas. The particular thing is that this effect is established without hypoxia. For this reason, it is applicable in traumatic ischemias and compartment syndrome. It helps to reduce interstitial edema in grafted tissues and keeps them oxygenated and revitalized, as well as it reduces post-traumatic and post-surgical recovery time.Postoperative of plastic surgeries is completely guaranteed with hyperbaric oxygenation.\nSimilar effect is found in hurts produced by burns. The quantity of liquids required for these patients is significantly reduced, getting an excellent recovery.

Due to HYPER OXYGENATION produced by this therapy, cells obtain all oxygen they require in order to remodel bones that have been affected by fractures, aging, decalcification or infections caused by pathogen agents.

Other efectos of Hyperbaric Oxygenation

Physiologic and biochemical considerations Under normal atmospheric conditions, the partial pressure of oxygen is approximately 150 mmHg in the inspired air and 100 mmHg in the alveolar air. The inhalation of pure oxygen under such conditions increases the pressure of alveolar oxygen up to 673 mmHg, as we can see in the following chart:

It is necessary to observe that to (1) ATA. (absolute atmosphere), the remaining mmHg until the 760 mmHg of environmental pressure are at the expense of water vapor and 40 mmHg of carbonic gas. As we increase environmental pressure, these last values don''t vary, starting from the tensional level of oxygen the increasing of the total pressure.

The hemoglobin with an oxygen saturation level of 97% under normal conditions becomes completely saturated with the inhalation of pure oxygen at atmospheric pressure (1 absolute atmosphere), that is why the effect of hyperbaric application for hemoglobin is practically worthless.

However, when the individual breathes pure oxygen under hyperbaric conditions, the alveolar oxygen pressure increases proportionally and as a consequence the intra-arterial oxygen pressure is also increased up to 760 mmHg for each atmosphere. Once hemoglobin is already saturated, this increment is exclusively done from physical dilution of this gas in the plasma by osmotic gradient due to Henry''s law effect: “at constant temperature, the volume of a gas that is dissolved in a liquid is proportional to the partial pressure of this gas”.

In this way, at an absolute pressure of 3 atmospheres, the alveolar oxygen pressure will be superior to 2000 mmHg and there will be an increment of approximately 6 volumes percent on intra-arterial oxygen in relation to the possible levels at atmospheric pressure. Then, the oxygenation of tissues under these conditions becomes independent from hemoglobin.

As a conclusion, tissue-level oxygen diffusion at 3 absolute atmospheres (habitual treatment pressure) is increased 325 percent in relation to the one obtained by breathing the same gas at 1 atmosphere and 2100 percent, if the comparison is referred to the normal tissue oxygenation rate, breathing air at atmospheric pressure.

This modern Hyperbaric Oxygen therapy is not only suitable for patients suffering certain illnesses, it can also be used by people with purpose of revitalizing organs, and in this way to prevent illnesses, to stay healthy and to prolong his life with quality.

Let’s remember that hyperbaric oxygen “is in fact a normalizer and regulator of all biological functions: it reinforces the immunologic system, strengthens skin, prevents or corrects hypoxia that, in general, it is the underlying factor for almost all ailments".